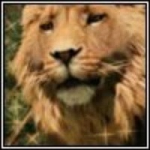 Hi, welcome to the Badge Wiki! Thanks for your edit!

Please leave a message on my talk page if I can help with anything! Blaze fire12

Don't edit that one then. I'm at work ill fix later

YES! IT WAS YOU. I remembered not wanting them, and I was looking through my edit history trying to find where exactly I had said that! I dunno where it was said though. In any case, where'd you find the text? I'm curious, cause I couldn't find the names in the files. Thank you though! — Blaze fire12 (talk) 22:56, April 24, 2013 (UTC)

Alright, so, Template:Interlang. I brought it over from the Star Wars wiki. One thing I did not know about it was that, despite having language links, pages still showed up on Special:WithoutInterwiki. The main example of this is the Welcome to the Wiki page, which is why I reverted that edit. I mean, we could have the template on pages, but that special page would be full, which I kind of don't like. Should we have the template AND the links? — Blaze fire12 (talk) 17:33, June 6, 2013 (UTC)

So, I hate to ask, but since you did an amazing job with the unreleased badges, could you do the following:

Yeah, almost earning the Wiki Hero badge and then losing it would be torture compared to only if you had a couple of months, like me :P Lumoshi says: SIMPLICITY, YEAH 16:53, April 20, 2014 (UTC)

Thanks for the reminder, but I don't really care about the edit streak on this wiki anymore after it reset again. Eh, maybe I'll still keep doing it. Lumoshi (talk) 22:18, April 27, 2014 (UTC)

Yeah, I've been working on creating all the MediaWiki pages, or at least null-editing them so they show up as green links instead of red links on Special:AllMessages. I've also been creating all the talk pages. It's been fun work. It's the last project I can think of for the wiki, to be honest. I dunno what else there is to possibly add. — Blaze fire12 (talk) 02:41, May 1, 2014 (UTC)

I got one of these from aj users, but I didn't do many edits and it came out of nowhere, does anyone explain to me if it's a glitch or not? or can an admin or bureaucrat do this?

I got one of these from aj users, but I didn't do many edits and it came out of nowhere, does anyone explain to me if it's a glitch or not? or can an admin or bureaucrat do this?

You should be admin

wow you have wiki hero badge

wow you have wiki hero badge

Retrieved from "https://badges.fandom.com/wiki/User_talk:Harry_granger?oldid=70426"
Community content is available under CC-BY-SA unless otherwise noted.